Professor John Dewey was America’s best-known philosopher.  He also had a huge influence on American education and is known as “The Father of American education. He had many lessons with F. M. Alexander and was a strong proponent of his work.  He wrote the introductions to three of Alexander’s four books. 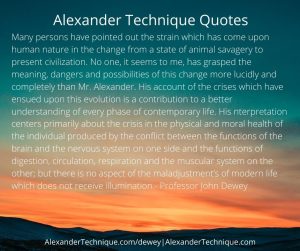 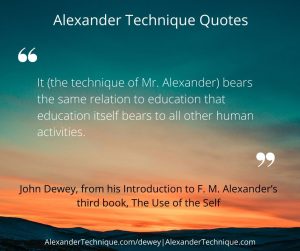 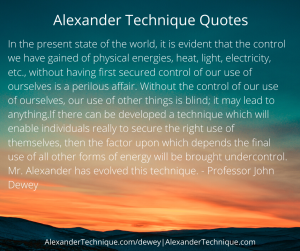